The Defense Department’s Defense Video and Image Distribution Service (DVIDS) issued an apology on September 21 after deleting a Twitter post that suggested individuals who participated in the “Storm Area 51” event and entered Air Force property would be blown up by bombs.

The post, tweeted on September 20, displayed a B-2 Spirit bomber on a runway at Joint Base Pearl Harbor-Hickam in Hawaii, behind a formation of airmen from Whiteman Air Force Base in Missouri deployed during a Bomber Task Force mission in January. The tweet’s text read, “The last thing #Millenials will see if they attempt the #area51raid today….” 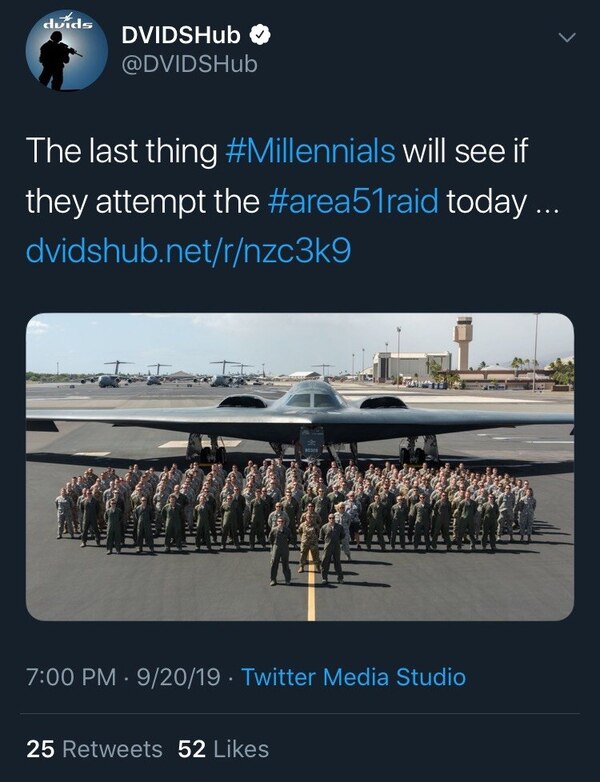 A tweet, since deleted, by an employee of DOD’s Defense Video and Image Distribution Service. (credit: DVIDS)

DVIDS, a service of the Defense Media Activity, is responsible for providing media organizations access to Defense Department imagery, video, and other content, including real-time broadcast-quality video links for interviews with service members (as well as the video content frequently used by Ars’ Sitrep video series). On September 21, a spokesperson for DVIDS issued the following statement via Twitter: