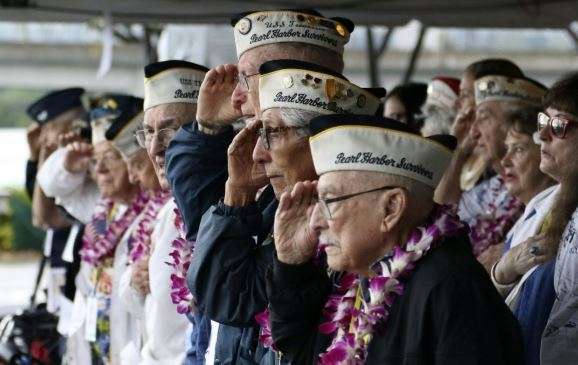 More than 2,000 people are expected at a ceremony Saturday to remember those killed when Japanese planes bombed Pearl Harbor 78 years ago and launched the U.S. into World War II. Organizers of the public event at the Hawaii naval base say attendees will include about a dozen survivors of the Dec. 7, 1941, attack, the youngest of whom are now in their late 90s.